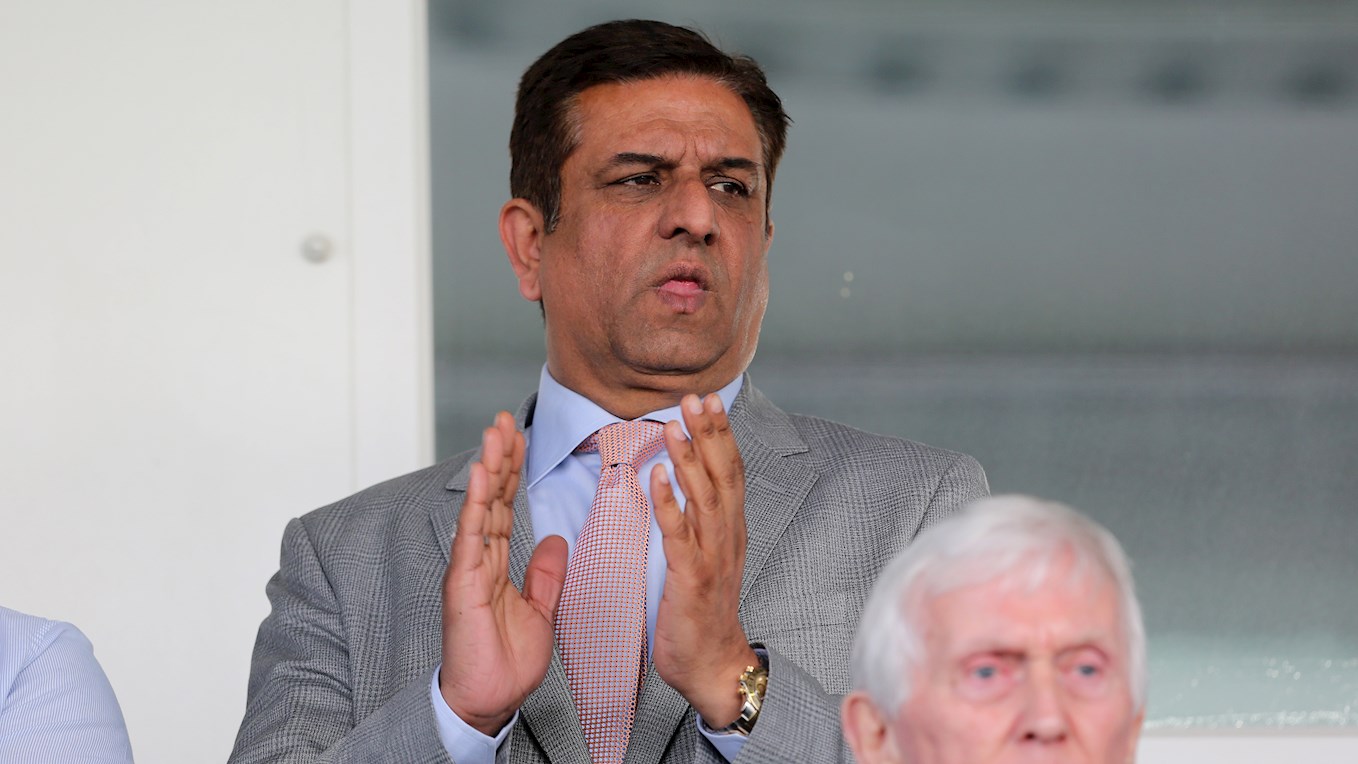 Chairman Raj Singh is one of the best-known businessmen in the region having built up a strong portfolio of residential care homes throughout the Teesside area.

Mr Singh also owns a construction company and is involved in a number of investment properties across the United Kingdom.

His first steps in to business came when he was still a teenager running an off-licence in Redcar but he moved in to the care home sector in 1994 when investing in Longlands Road in Middlesbrough.

The business prospered and he is now the owner of Prestige Group which boasts a string of care homes across Teesside and one in the pipeline in Hartlepool.

A keen footballer in his younger days, he played in midfield or attack for a variety of teams including Whinney Banks Under-18s and Red Barns, though a damaged cruciate put paid to any dreams of turning professional!

He remained a passionate supporter of football in the region and in October 2008 he became Vice-Chairman at Darlington before stepping up to Chairman of the club the following year.

Having gained experience from his time at The Quakers’ helm, Singh was always keen to step back in to football ownership and is now determined to help guide Pools back in to the EFL. 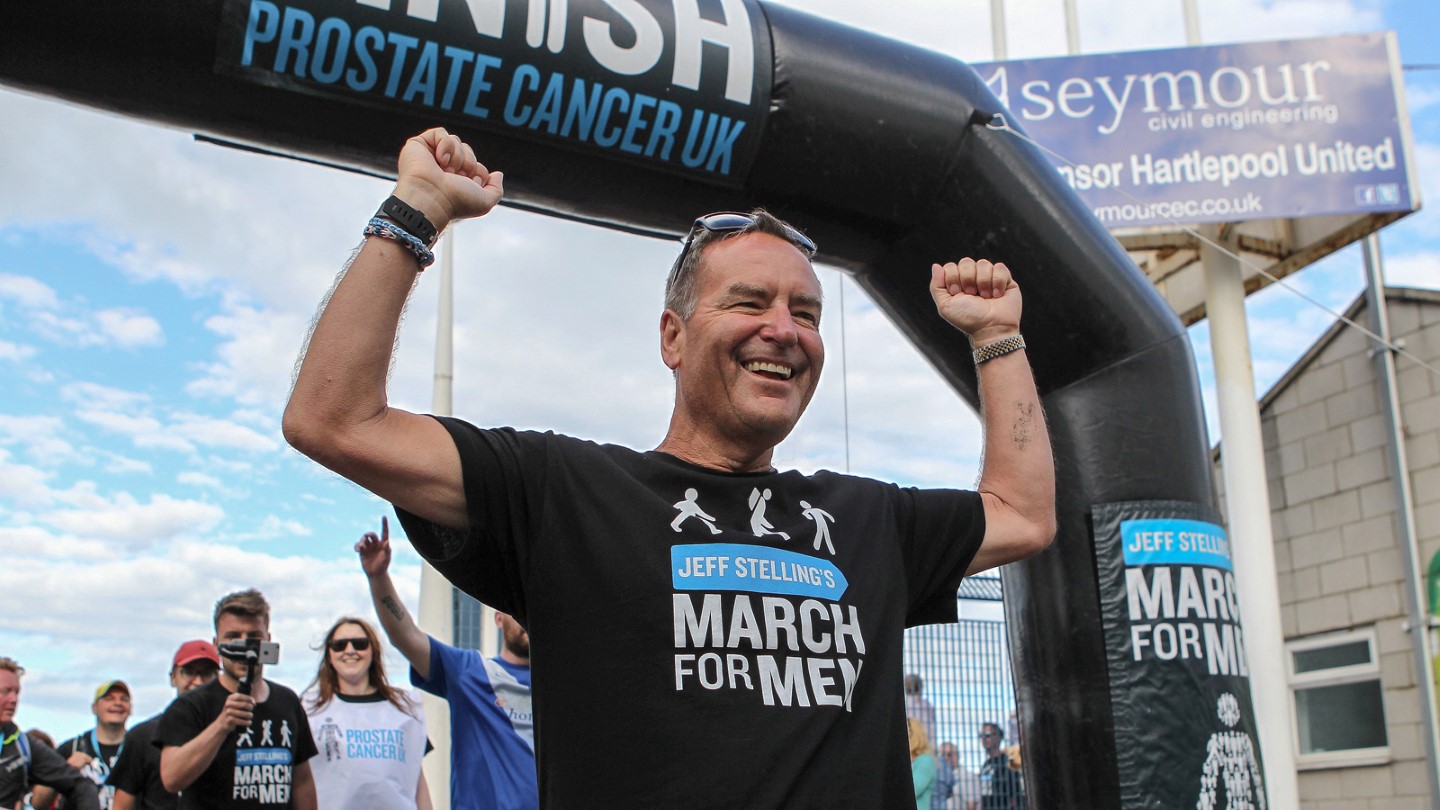 Hartlepool born and bred, Jeff Stelling has become one of the most recognisable figures in sports broadcasting after presenting Sky Sports’ Soccer Saturday since its inception in 1994.

Famed for his quick wit, Jeff along with his friends on the panel help keep millions up to date with the football results as they roll in every weekend – with a special emphasis placed on his beloved Pools!

Jeff was educated at Rift House Primary and West Hartlepool Grammar School before joining the Hartlepool Mail as a journalist where he spent four years learning his trade.

After a stint covering Middlesbrough for Radio Tees in the late-1970s, Jeff then went on to present on London’s LBC Radio and BBC Radio 2 before moving in to television with TV-am, Channel 4 and Eurosport.

In 1992 he made his move to Sky and shortly afterwards began work on their flagship show Soccer Saturday where he has remained ever since, often fronting the broadcaster’s Premier League and Champions League coverage as well.

Among his many honours are a 2007 honorary Doctorate of Professional Studies from the University of Teesside and four successive Sports Broadcaster of the Year awards, while in 2010 he was granted the title of honorary freeman of Hartlepool.

Over the years Stelling has also helped to raise vast amount of money for charities and in 2013 he climbed Mount Kilimanjaro with Pools’ newly-appointed management team of Colin Cooper and Craig Hignett for the Finlay Cooper Fund.

More recently, Jeff has completed two epic marches raising money and awareness for Prostate Cancer UK – completing 15 marathons in 15 days alongside then Pools Chief Executive Russ Green in 2015 before trekking from Victoria Park all the way to Wembley in 2016.

Last year his extraordinary efforts – which have helped raise over £800,000 for the charity – were recognised when he was named as JustGiving’s Fundraiser of the Year at their annual awards ceremony.

As passionate about Pools now as he was when he cheered on his favourite player Tony Parry at The Vic back in the 1960s, Jeff is to continue in his voluntary role as Club President after investing alongside Raj Singh in the successful takeover.

Lee has already been working with the Board and supporting club operations in various capacities over the last 12 months. In a relatively short period he’s been instrumental in some key areas including: signing the stadium development MOU with the local council; securing the new Durham University partnership which has transformed the club’s training environment into one of the best in the northeast; assisting restructure of the off-field commercial team including recruiting a new COO; and supporting the Manager with player contracting and staffing appointments during the rapid transition from National League into EFL.

Lee will formally take up a position as Senior Advisor to the Board helping with longer-term business planning as well as continuing to support roll out of some specific commercial and sporting undertakings as the club more immediately looks to establish itself sustainably in the EFL.

Adrian has been at the very top of the football pyramid with previous senior management roles at the FA, Nottingham Forest and more recently Middlesbrough FC. He has also worked with UEFA, The Welsh FA, leading sports agency Pitch International LLP and digital platform Dugout. He currently works with North American owned FinTech company CRED Investments deploying significant capital across European football based on data. Acting as a Non-Executive Director Adrian will support various matters primarily in an advisory capacity including working with Lee and Dave to re-establish academy and recruitment systems, which have been recognised as key components for the club to progress both in football and financial terms. He will also support the stadium development plans through his network and contacts.