The EFL fixtures for 2022/23 season have now been released!

Pools will kick-off the season with an away trip to Walsall on Saturday July 30th. Pools last visited the Bank’s Stadium in February which resulted in a 3-1 defeat. Omar Bogle grabbed a goal back on 63 minutes but it wasn’t enough on the day.

The Poolies will see the blue and white in action at The Suit Direct Stadium on Saturday 6th August as we host AFC Wimbledon. The side that has just been recently relegated from league one are now led by Johnnie Jackson. The last time the two sides faced was in 2016 as Pools ran away 1-0 winners.

Some of the other key dates to look at is over the festive period. Paul Hartley’s side travel to Rochdale on Boxing Day but return to the Suit Direct on the 29th December and New Year’s Day to face Mansfield Town and Harrogate Town.

The final away day of the season has always been a big one in the calendar for the Poolie travelling fans. This season their fancy dress antics will take them to newly-promoted Stockport County which I’m sure many will look forward to. 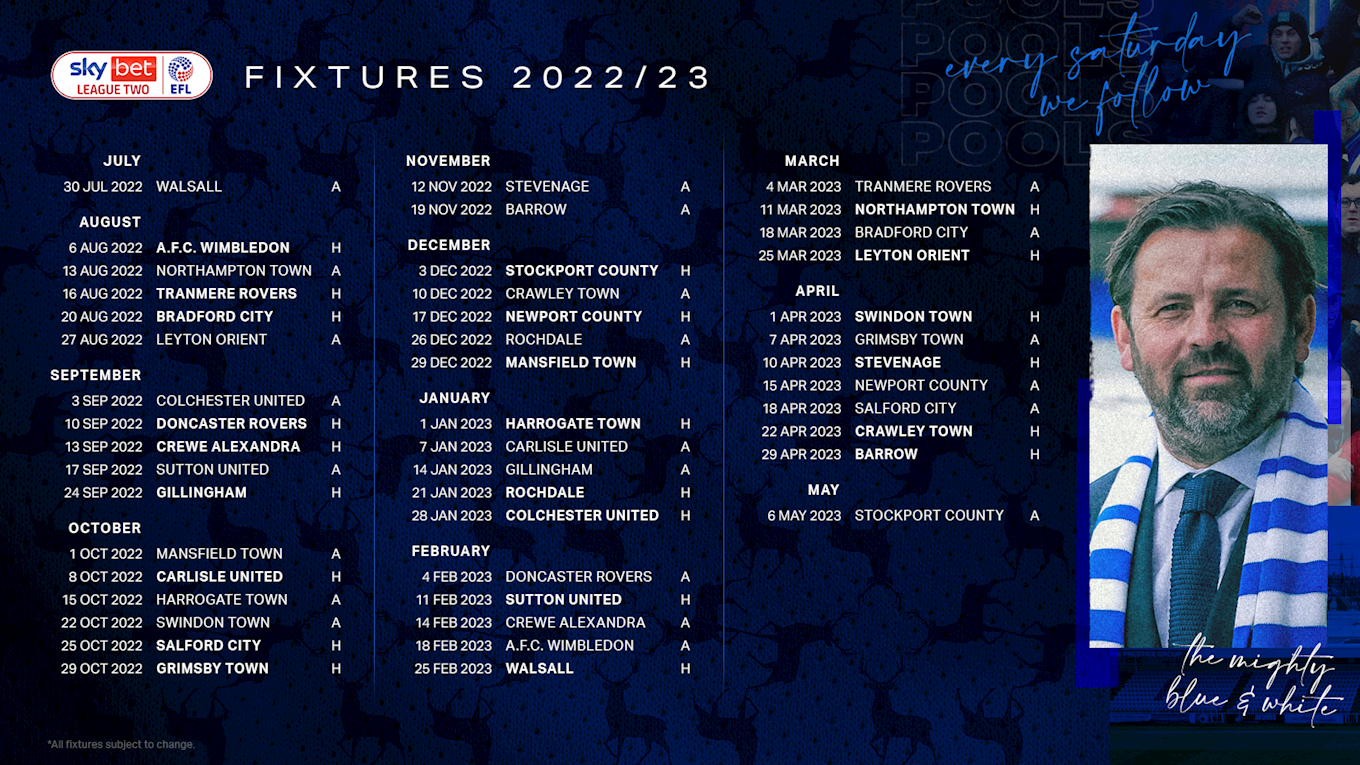